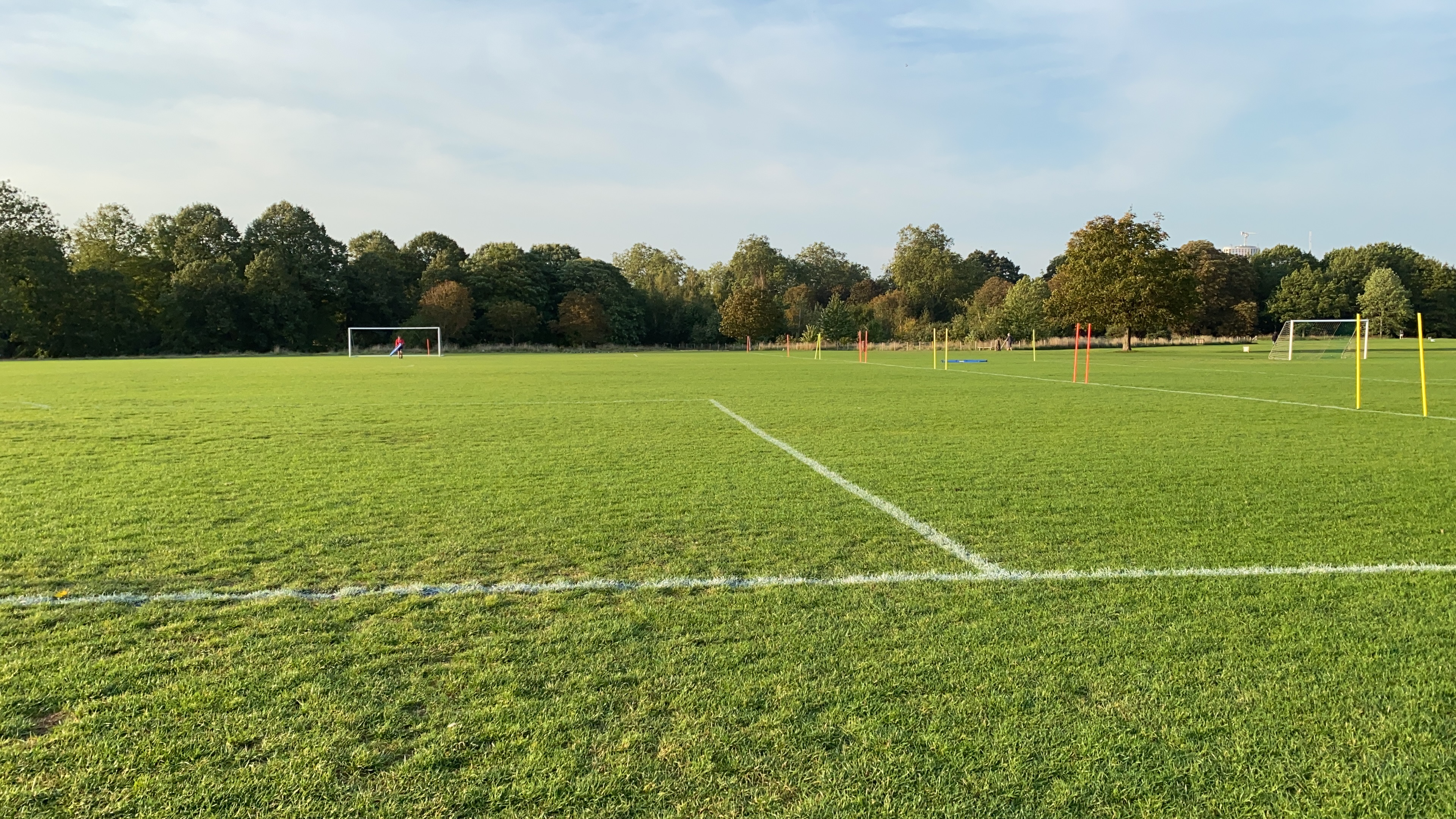 Top of the league clash

Top of the league clash

Queens Park Sharks and Regents Park Rebels met in a top of the table clash in the Regents Park U14 Red league, both teams came into this match with perfect records, Played 2, won 2 – Queens Park having scored 11 goals and not conceded in their opening two matches.

Right on cue for Halloween morning, the game kicked off under angry, stormy forbidding skies. It is easy to forget that most of this Regents Park team are playing a year above their age group so this match was, in reality, U13 RP Rebels vs U14 Queens Park Sharks. At the start of the match, this age difference showed, with the Rebels starting slowly, intimidated by the size and physicality of their opponents.  Within 15 minutes the Rebels found themselves 2-0 down, gifting the opposition easy opportunities to score with some careless distribution from the back.

The Rebels did not allow the goals conceded to affect them or to become disheartened.  In fact from this low point in the match, the Rebels started to play better football, competing more aggressively. James Heggie and the midfield started to assert itself, working hard, winning tackles and finding their passes.  As the weather started to worsen the ball broke to Ludo Turner, stepping up from centre-half he unleashed a strike from 25+ yards which crashed into the underside of the crossbar and into the goal, making it 2-1.

The mood and flow of the game had changed and the Rebels started to believe in themselves and their ability to score. Oscar Whitmore attempted a lob from the edge of the penalty area,  easily beating a stranded keeper, but this effort hit the right upright and was tidied up by a QP Sharks player.   Just as the momentum of the game seemed to have changed the Rebels conceded a penalty as the Rebels defence found itself out of position   The QP Sharks easily converted the penalty, the teams then headed to the half time break with the score ‪at 3-1‬.

As the second half began the Rebels played much better football, the worse the weather conditions were, the better the RP Rebels played – the experience of the half-term training camp standing the Rebels in good stead as a vicious storm drenched the players and spectators.   Despite creating a number of further chances, as the match headed into the last 15 minutes the Rebels were still 3-1 down.  Continuing to press the game Cohen received the ball on the left-wing, ran forward, beat a man and played a perfectly weighted through ball to Oscar Whitmore who rounded the keeper and slotted the ball home with his left foot to make it 3-2.  As the clock ran down the Rebels were throwing everything forward in an attempt to score an equalizer, straining every muscle to maintain their unbeaten record.

All the play in the last 5 minutes happened in the Queens Park Sharks half, clearances and attacks by the QP Sharks were easily dealt with by the Rebels midfield and defence.  So eager were the Rebels to keep the ball moving and maintain the pressure on their opponents,  that in these final moments goalkeeper Shaye Sharma was taking throw-ins from the sidelines whilst urging his team forward.

As the clock ran down into the final seconds the ball was played through from the right-wing to Gabriel who ran onto the ball, sneaked it past the keeper and passed the ball into an open goal. An exhausted Rebels team all found the energy to wildly celebrate the equalizing goal and a fantastic collective effort - within a minute the referee blew-up for full time and the RP Rebels could enjoy an amazing comeback.