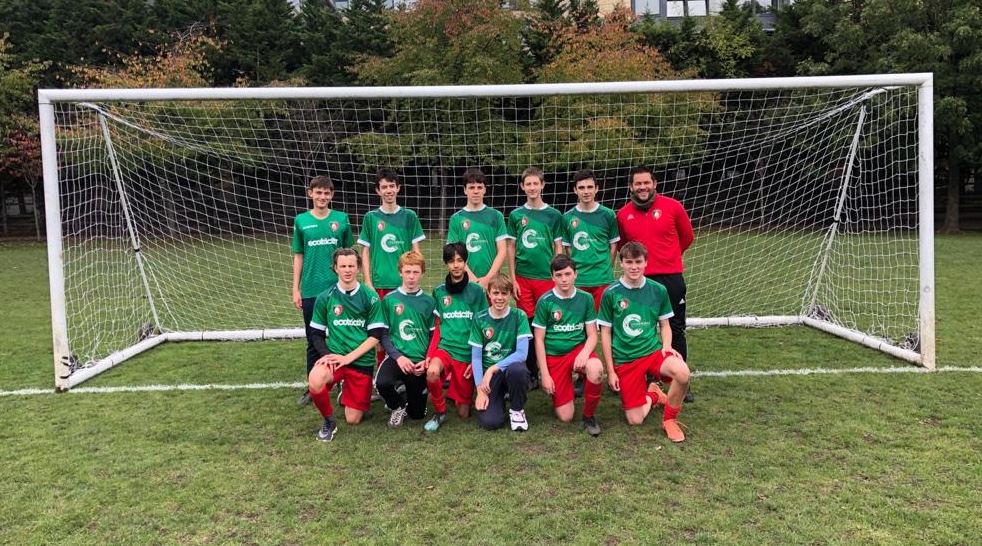 U16's White are building their game

U16's White are building their game

U16's White were in action this Sunday at Harrow League. If you want to find out what happen at the game just check the match report from the Coach Paulo Oliveira.

Players started the match very focused when having the ball spreading out on the field and trying to exploit the space. It did work well with the back 4, but the middle 3 weren’t creating opportunities of passes very well. Some time because of the pressure from the opposition team and some other time because of their lack of experience dealing with pressure.

We couldn’t get out from our half very often but because of their amazing effort they put in defending, the opposition wasn’t creating real chances to score. We conceived 5 goals. 1st on the min 28th from a cross, our GK gave rebound and the striker scored.

2nd, min 34th opposition number 11 the cross went high and none of our CB’s jumped to intercept and the striker with one-touch finish scored. 3rd min 56th our CB lost the ball for the opposition number 11 when building up from the back and he ran with the ball and shoot from the edge of the 6yds box across toward to the far post. 4th min 65th when building up our CB passed the ball back to the GK and under pressure, the GK shoots the ball against the striker and the ball went in.

The 5th goal was scored at the min 66th after the 4th goal the motivation went down and the players allowed the opposition player running with the ball between 2 of our players and score the goal. Regardless of the result and the fact that our GK was not a GK, he did great.

The team played with passion for most of the time and they put a lot of heart in the game. Everyone saw them leaving the field exhausted. They definitely understood the concept of playing modern football, more defending now than attacking but it’s a process, takes a bit of time to start seeing the results.

What we need to work on now it’s on our physical condition and the players also noticed that they were struggling to keep up the pace of the game and we also need to work on our attacking transition. Also how can we attack the opposition after gaining the ball back?