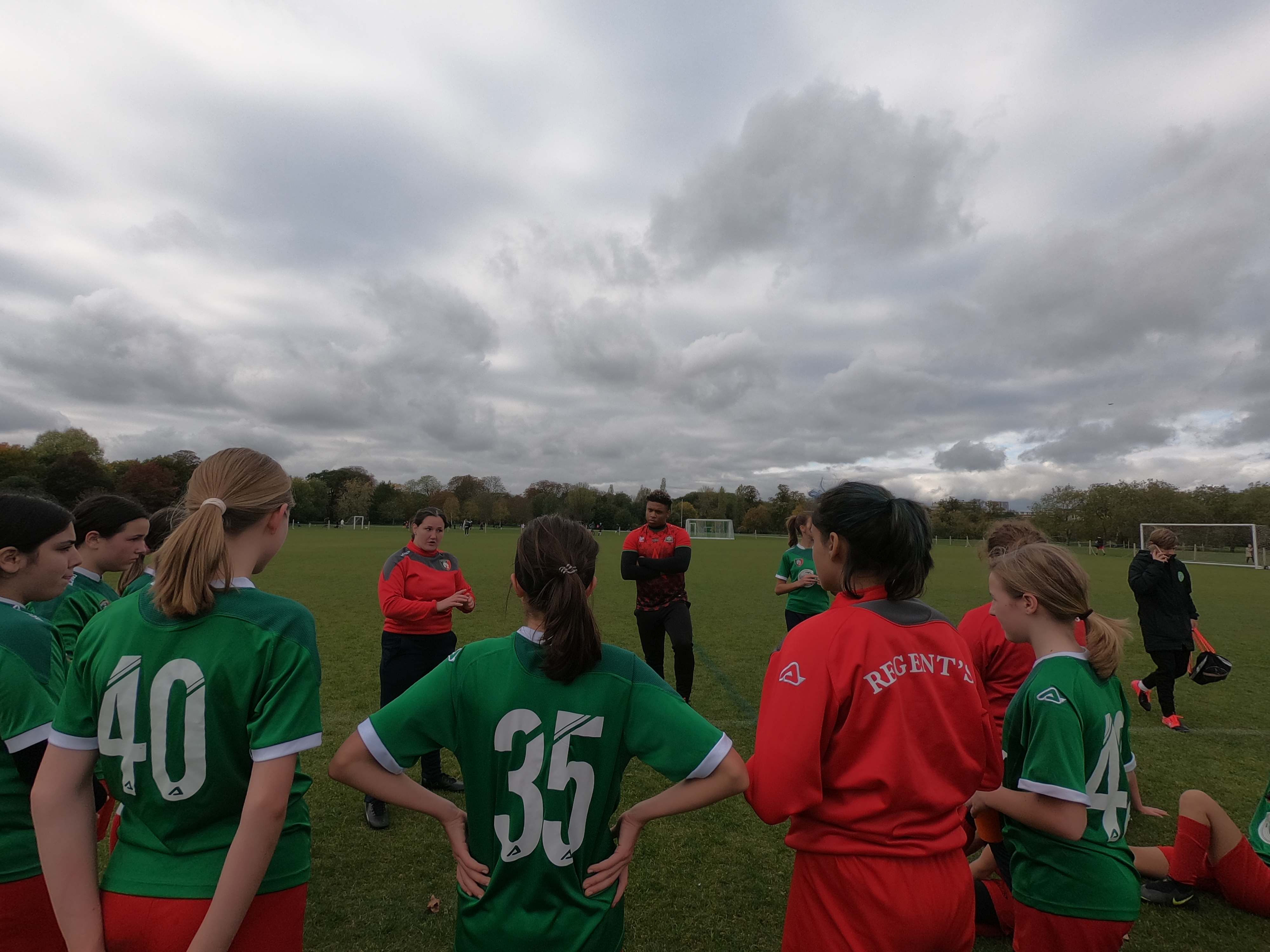 What a performance from the Girls!

What a performance from the Girls!

Home debut to our U14's Girls and we couldn't be more proud of the girls! The commitment and passion were always on the pitch.  Always! We will leave you with Coach Chloe Spiteri match report.

After last weeks big wake up call against Brent Schools, the girls took this in their stride and played an outstanding match against Ruislip Rangers with the final result being 2-2.

Before kick-off, I had a serious talk with the girls and told them that if they want to compete at the Gothia Cup next year and win, they need to start taking this serious and turn up to training and matches with a better attitude. This includes leaving all the social talk at home and turn up to training and matches ready to train/play and go hard. They took this on board and agreed that we need to up our game as a team and start taking it more serious.

This was reflected in the game. Everyone showed a serious attitude to win, worked hard and didn't let their heads drop even when it was tough at times in the match.

In terms of performance analysis, the passing between the team was much better compared to last week, especially in the first half, communication was much better, however still needs improvement, players became more familiar with their positions and many opportunities were created to score.

Scarlet did a great job in defence and stopped the opposition counter-attacking us many times, the centre mid including Mia did a really good job in keeping the ball in the oppositions half and getting the ball to the wingers to help set up a great goal, as well as Alex did some superb runs on the wing and created a fantastic cross to help us score a goal.

For the majority of the match, we were winning 2-1 but made a silly mistake of when being on the back foot, everyone was too far forward but hopefully, the team learnt from this and that mistake won't happen again.

Overall I am proud of the team and their progress and know that we can go far if we keep this attitude and work rate up. Bring on the next match with Sporting Duet on Sat 24th October!